One of the most common and costly contract mistakes tends to be the mistaken belief that if the other party breaches the contract, this means you have the right to terminate.

In fact, most breaches of contract do not create a legal right to terminate and if you do terminate without being legally certain of your right to do so, you may yourself be found to be in fundamental breach of the contract and face a claim by the other party.

Aside from the general explanation below, it is essential also to always check the terms of any written contract you have. Many contracts have clear clauses setting out the events and situations in which  termination would be allowed. If the situation in question falls outside of the termination events in the contract, you will face an uphill struggle justifying a termination in any later court claims. Procedure can also be important. Many contracts have clauses which set out a clear process for termination which may include a time period and a format for notice of termination. Failing to comply with this may also have significant implications.

Is termination of the contract the best option?

Acting in haste or out of frustration or anger is rarely a good approach.  Acting in the mistaken belief that by terminating your contract you will recover all your losses is also common. It is important to remember that even where the other party is at fault, you will still have a duty to mitigate your losses and, if you don’t, they won’t be recoverable.

For some contracts, it’s important to consider whether it is a better commercial decision for you to stick with the other party and give them an opportunity to remedy their breach, even though they have let you down. This may be the case where the goods or services you are buying are specialist.  You should however also be aware that if you do decide to give the other party a chance to remedy a breach which would otherwise have entitled you to terminate, or if you delay significantly in deciding whether to terminate or not, you may be waiving your right to terminate thereafter.

Obtaining good legal advice will protect you from some of these common pitfalls.

Terminating where there is no breach

Not all contract terminations occur based on breach of contract. Many happen when a contract expires or where there is an option to break the contract early. Here, the formalities tend to be even more important. A lot of contracts that are, on the face of it, fixed term, do not necessarily simply terminate on the expiry of the term. They may contain a clause that states that the contract will roll on if it is not formally terminated. The process for termination may have a time limit, such as a requirement to serve formal notice not less than 3 months before the fixed term expires.

A clause allowing an early get out or break, which is common in long commercial property leases, will often state that the right to terminate early will be lost if the tenant has committed breaches of the lease.

Accordingly, it is vital to ensure that you are aware of what your contract says about termination at the end of the contract period and, if in doubt, it is prudent to take legal advice.

Termination due to repudiatory breach of contract

Aside from what your contract may state, there are general principles of English law that will apply to assist in deciding whether you may have the right to terminate your contract after a breach.

In simple terms, if the other party has committed what is considered a “fundamental breach”, essential to the contract, then the breach may be considered to be a repudiatory breach entitling you to terminate the contract.

Similarly, if the other party completely refuses to perform its obligations under the contract, that may be a repudiatory breach.

If the breach of contract relates to something which can be remedied, such as late delivery, this might be insufficient to terminate. This is why many contracts have a “time is of the essence” clause specifically stating that the parties agree that failure to comply with time commitments should be treated as a fundamental or repudiatory breach.

If you don’t have a written contract or the contract is silent as to what will constitute a fundamental breach, you would be well advised to take legal advice before deciding how to proceed. 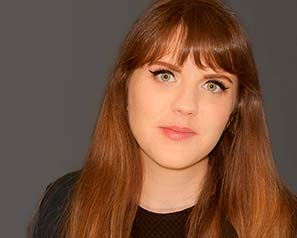