The Government’s announcement on 7 January 2021 outlined plans to reform the leasehold system.  It has been on the Government’s radar for quite some time and the recent announcement makes clear that they are beginning to act on recommendations made by the Law Commission in July last year.  However, leaseholders should take note that the proposals are not a panacea for all of the problems in the leasehold system, nor will they make an impact on most leaseholders directly anytime soon, despite the recent attention grabbing media headlines.

The proposed changes include:

In theory, the above changes should bring about an end to those freeholders seeking to take unfair advantage within the current system.  New leases will not be able to include any type of ground rent.

The proposals would also give leaseholders the security of not having to extend their lease again in the future and help those who find them themselves in properties with escalating ground rents, as it should be cheaper and easier to extend and reduce ground rent to nil.

The Government also indicated that an online calculator would be developed and available to ascertain how much a leaseholder will need to pay to extend their lease or buy their freehold.  Creating such a tool in practice to be applicable and accurate to individual cases will be a difficult task, as those in the industry know all too well by experience.

The biggest proposal is the announcement that there will be no more marriage value (which affects leases of under 80 years).  This news will not go down well with freeholders.  By abolishing marriage value, the cost to extend or buy out the freehold will certainly be cheaper.  Marriage value is not applicable to all enfranchisement claims but when it is, it makes up a fairly large portion of the premium payable to the freeholder. If this additional compensation is to be removed in favour of leaseholders, it is anticipated that it will be contested by freeholders and likely to be challenged at court.  It is a significant proposal by the Government.  It also seems plausible that if the cost to extend or buy out the freehold is to be made cheaper to leaseholders, then the value of such short lease properties may now increase in the market.

The Government also wishes to invigorate Commonhold and will set up a special committee to do so.  Little detail was released and it will not be an easy road to implement but it certainly shows willingness on the part of the Government to move in a certain direction to address the failures in the leasehold system in favour of leaseholders.

Whilst the proposals will be welcomed by leaseholders, the devil will be in the detail and it remains to be seen how and when any changes will be implemented.  It certainly appears that ground rents in new leases will be set to zero in the upcoming session of Parliament in the Spring.  We envisage that for the wider reforms to be implemented will take some time and this will no doubt cause leaseholders (and their representatives) some concern and frustration.

For the majority of leaseholders currently engaged in an ongoing enfranchisement claim, it is advisable for them to continue, as they will have already incurred their legal and surveyor costs and will be liable for the freeholder’s costs of the claim to date.  For those leaseholders with leases nearing 80 years or involved in a conveyancing transaction with a lease extension, our view is that they should continue with securing their interests under the current law.  Waiting for any law changes may be risky and/or of little benefit to most leaseholders, and of course, some leaseholders may simply not have the choice or option to wait.

Further information on the Government’s announcement can be found at the following link: https://www.gov.uk/government/news/government-reforms-make-it-easier-and-cheaper-for-leaseholders-to-buy-their-homes 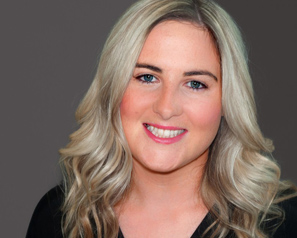