Milton Silverman and the Convention on International Trade in Endangered Species

Last week at County Hall, Milton Silverman joined a panel of experts to take questions on the Convention on International Trade in Endangered Species (‘CITES ‘) from auctioneers and dealers.

The conference was hosted by the Antiques Trade Gazette and featured Victoria Borwick, MP for Kensington and the British Antique Dealers Association president, as the keynote speaker.

A central concern was the complex rules and regulations relating to import, export and marketing of antique ivory, and the effect of increasing international regulation worldwide on the sale of ivory and protected species.   Milton has been involved in appealing the impounding of shipments at Heathrow, and advising art and antique dealers on seizures and prosecutions initiated by the Wildlife Crime Unit. 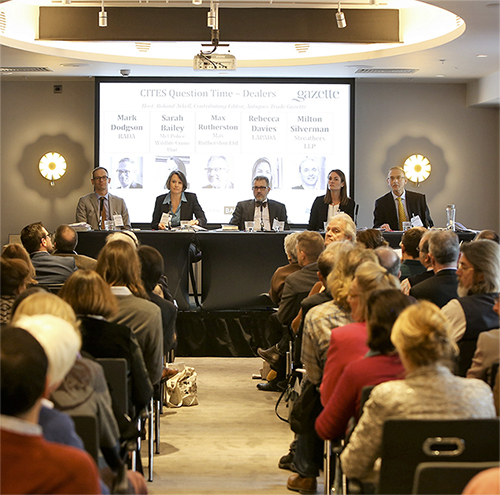