Prioritising your interests and those of your family

He considered and reconfirmed the principles applied to the treatment of pre-acquired earning capacity, pre-acquired capital, contributions, conduct and add-back and commented (obiter) on the concept of unilateral assets. He made a sharing order after a short marriage but took into account the husband’s concession as to pre-acquired mingled assets and reduced the order the court would have otherwise made. He also considered pension offsetting more appropriate than pension sharing.

Pre-acquired (“fledged”) earning capacity. W contended that over the period of her working life to the point where she moved in together with H she had developed qualities on which a monetary value should be placed and that sum should be categorised as non-matrimonial property which should be excluded from any sharing exercise, in the same way as inherited or gifted property or pre-acquired capital. She contended that the seeds of her bonuses were sown long before she met H, and just happened to bear fruit after they had met, and this money was generated as a result of her career development [27]. Singer J found that it is impermissible to treat one spouse as coming to a marriage with fledged pre-acquired earning capacity alone, not least because of the absence of any principled approach whereby a defined monetary value can be put on it [29]. Followed: Wilson LJ in Jones v Jones [2011] EWCA Civ 41, [2011] 1 FLR 1723 overruling Mr Justice Mostyn in GW v RW (Financial Provision: Departure from Equality) [2003] EWHC 611.

Contributions. W contended that her financial contributions were “special” and so off the scale that H’s share (in a sharing rather than needs case) should be reduced to make allowance for the “genius” or “stellar” quality of that achievement. Singer J joins the large number of judges who find this concept unattractive. Singer J found that W’s very remarkable bonuses fell several leagues short of anything which, taken on its own, a court might regard as sufficiently exceptional to affect the outcome adversely to H. The simple fact was that W and H had the good fortune in those years of their relationship as a result of extraneous market movements in W’s commodity sector that W was able to mine very profitable seams for her employers, for which £10m of bonuses was their recognition and her reward [33].

Conduct and add-back. W contended that H’s conduct had been such that it would be inequitable to disregard and should be reflected adversely to H in the award. She asserted that H had dissipated or concealed monies provided by W and had allowed the joint names purchase of the property to proceed at a time when his liaison with another woman had already developed to the point of their trip to Dubai. Singer J found that no case approaching wanton dissipation of assets had been made out. In a series of decisions of which the most recent was that of Moor J in MAP v MFP (Financial Remedies: Add Back)[2015] EWHC 627 (Fam), [2016] 1 FLR 70 the courts have adopted a restrictive and cautious approach to claims that a spouse’s expenditure should be subject to add-back. The courts have demonstrated a considerable disinclination to impose financial penalty for conduct [40].

Unilateral assets and the “genuine dual career family”. W contended that their marriage was an example of a “genuine dual career family” depicted by Baroness Hale of Richmond in Millar v Millar; McFarlane v McFarlane [2006] UKHL 24, [2006] 1 FLR 1186 where each party has worked throughout the marriage and certain assets have been pooled for the benefit of the family but others have not. There may be no relationship-generated needs or other disadvantages for which compensation is warranted. Baroness Hale found that in such a marriage we can assume that the family assets should be divided equally but that it might well be fair to leave undisturbed whatever additional surplus each has accumulated during his or her working life [44]. Per Lord Mance: there can be marriages where both partners are and remain financially active, and independently so. Where they may contribute to a house and joint expenses but they are not in all other respects engaged in a joint financial enterprise for all purposes. Once needs and compensation have been addressed, the misfortune of divorce would not of itself be justification for the court to disturb principles by which the parties had chosen to live their lives whilst married [45][47]. Singer J stated obiter that this rationalisation was inconsistent with the principles developed since the decision of the House of Lords in White v White [2011] 1 AC 596, [2000] 2 FLR 981 and that there should not be this inroad into the sharing concept to which parties in effect subscribe when they marry unless they choose to opt out with a prenup [48]. W had failed to evidentially establish any sufficiently clear and consistent pattern of separate finances to be able to rely on the concept of unilateral assets.

Note: Singer J’s resistance to excluding from the application of the sharing principle assets acquired by one party during the relationship which that party has kept as separate property unless the parties have made provision for this in a prenup.

H’s concession. Singer J stated that if one party puts forward a coherent case for an outcome that is less than a court regards as their entitlement, the court is not obliged to make a higher order. Individual autonomy encompasses a party’s right to settle for less than a court may order and also the right to ask the court to resolve matters by ordering less than it would otherwise.

The parties’ pension entitlements. To equalise H and W’s pensions from age 63 considering only what had accrued during the relationship, would involve a 23.8% pension share award in H’s favour to the value of £248,067. Offsetting is a technique whereby W’s pension would be left intact and H would be compensated with a capital sum to replace which might otherwise have been a pension sharing order. The attraction of an offsetting award to W was future security as to her pension provision and to H was the accelerated receipt of spendable capital in place of a 20+ year wait to commence receipt of a taxable lifetime income stream which depended on H surviving to age 63. Singer J arrived at an arbitrary offsetting award of £60,000 having allowed for a discount for the fact that H would be receiving an immediate lump sum cash asset as against a deferred taxable pension income. 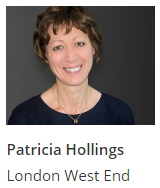