The claim involved a detailed analysis of a foreign exchange dealing contract and the way the foreign exchange market operates generally.  The claimant made much of European law decisions to argue that previous decisions of the English courts were wrong as a matter of law because they did not comply with provisions of European legislation – in particular the Markets in Financial Instruments Directive – and decisions of the Court of Justice of the European Union.

The High Court declined to accept those arguments, in the process offering a helpful summary of the status quo on the incorporation of contractual terms, and the firm line the courts take when considering cases of financial loss caused by market volatility.   The Court has also confirmed the line of case law holding that there is no direct right of action in respect of the COBS rules (or a co-extensive duty of care in tort).

The Court of Appeal has recently upheld the High Court’s decision, declining TRI’s application for permission to appeal.

Facts of the Case

TRI was the claimant.  It is an offshore investment vehicle that sought to trade in the forex market.

In 2012, TRI operated a series of accounts with FXCM in which they traded various currency pairs.  One of these was the EUR/CHF pair.

Prior to 15 January 2015, the Swiss National Bank had imposed a cap on the value of the Swiss Franc as against the Euro. However, the Swiss National Bank removed the cap on 15 January 2015 in a surprise announcement that spooked the EUR/CHF market.  During the morning following the SNB’s announcement that day, the “Swiss Flash Crash” ensued: a brief period of volatility where the value of the Swiss Franc rose against the Euro until it levelled off and steadied as afternoon approached.

TRI’s open EUR/CHF positions suffered heavy losses during the flash crash.  TRI speculated EUR would appreciate against CHF.  The effect of the SNB’s removal of the CHF cap was that in fact EUR prices relative to CHF decreased markedly.  The positions therefore became loss-making very quickly on the morning of 15 January 2015.

On that morning, following the SNB announcement, market volatility triggered the following

What the Parties Argued

TRI brought a claim against FXCM, stating that FXCM had acted negligently and in breach of contract by failing to execute the SLOs immediately.  TRI sought damages for the amount they lost by reason of FXCM’s later execution, which was at disadvantageous exchange rates.

The claim incorporated the following:

Mr Adrian Beltrami QC, as Judge, ruled that FXCM had not acted negligently and had not breached its contract with TRI by not executing TRI’s SLO at the SLO price.

The Judge’s decision consisted of points including the following: 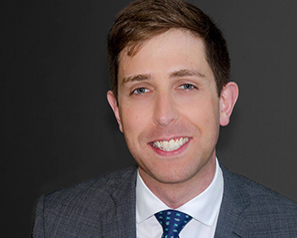